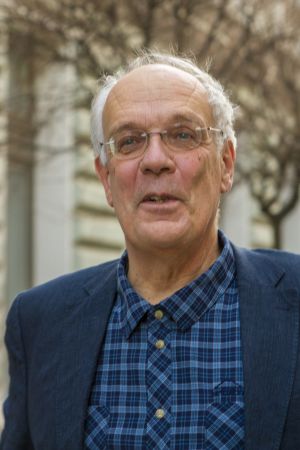 German physiologist Bert Sakmann, who shared the Nobel Prize for Physiology or Medicine with Erwin Neher in 1991 for examining the function of single ion channels in cells and inventing the patch clamp technique, has been named director of education in the Szeged Scientists Academy (SSA). He is set to visit Szeged several times a year in this capacity. His duties include aiding the SSA in building up its network of international contacts, developing the programme of excellence by passing on his experience, involving other Nobel laureates in the programme, and holding regular meetings with SSA grantees, mentors and secondary school teachers.

The SSA leadership was particularly pleased that the German researcher accepted their request, since it had been 75 years since a Nobel Prize winner had been involved in running a Szeged institution. The only Hungarian scientist to receive this prize (in 1937) for research completed in Hungary, Albert Szent-Györgyi would go on to become the rector of the university, then named Horthy Miklós University, in 1940-41.

The objectives of the biomedical training in Szeged and those of the Foundation for the Future of Biomedical Sciences in Szeged are not unfamiliar to Prof. Sakmann. The scientist presented at a major conference in 2012 held in celebration of the 75th anniversary of Szent-Györgyi’s Nobel Prize.

One year later, after the formation of the Foundation for the Future of Biomedical Sciences in Szeged, Prof. Sakmann was the first Nobel laureate to visit Szeged at the invitation of the Foundation. Among the numerous events he attended, he remembered his meeting with secondary students most fondly and emphasised the importance of laboratories being available to students at their own institutions so they could conduct experiments easily. 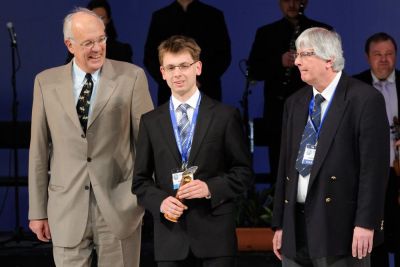 Prof. Sakmann was also the first Nobel Prize winner to participate in the Foundation’s Szent-Györgyi Talent Award ceremony. The award recognises young researchers who, in the spirit of Szent-Györgyi, are active in Szeged and produce their results there. It was first granted to Balázs Papp, a young biologist at the Szeged Biological Research Centre, Hungarian Academy of Sciences, for key results in the area of systems biology. (Footage of Prof. Sakmann’s 2013 visit to Szeged can be viewed here.)
At present, Prof. Sakmann plans to visit Szeged again in May 2016, as the SSA director of education.

Prof. Péter Hegyi, the SSA programme director, made the official announcement that a Nobel laureate had joined the leadership of a Szeged institution in a speech before the Szeged Municipal Assembly on 12 February 2016. His talk covered the SSA’s objectives, plans and financial backing. The Members of the Assembly voted unanimously to grant authority to the Szeged Municipal Government to develop closer cooperation between the city, the programme of excellence and the Foundation for the Future of Biomedical Sciences in Szeged.

This bulletin was prepared for the SSA Board of Governors based on information supplied by the Chairman of the Board, András Varró, and Péter Hegyi, Board Secretary.