The Bartók Building will become a dormitory of the SzSA

The Bartók Building will become a dormitory of the SzSA 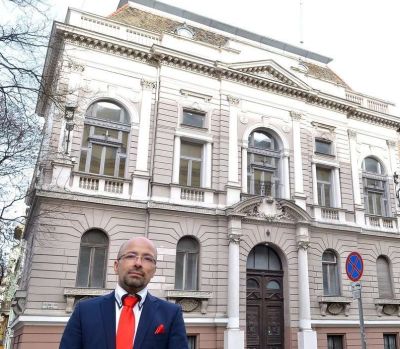 On 19 January 2018 the Foundation for the Future of Biomedical Sciences in Szeged held a press conference at the former Bartók Béla Cultural Center. At the event they announced that the building will be converted into state of the art, elite dormitory for the Students of the Szeged Scientist Academy. The Foundation purchased the building from the Local Government of Szeged in 2017.

According to the plans the building will provide a comfortable home for 60-70 Students, in addition it will serve as the meeting place for renowned International professors and Nobel Laureates.

Next to the guest and student apartments the building will host a restaurant, a bicycle storing unit, laundry area and a fitness room. The Foundation will also move its operative office to the former Cultural Center.

The building permit has already been issued, yet the opening date can only be estimated for the moment. As the building is located above the former walls of the old Szeged Fort archaeological excavations need to take place before the construction begins. If all goes as planned, the dormitory can open its gates in the Fall of 2019.